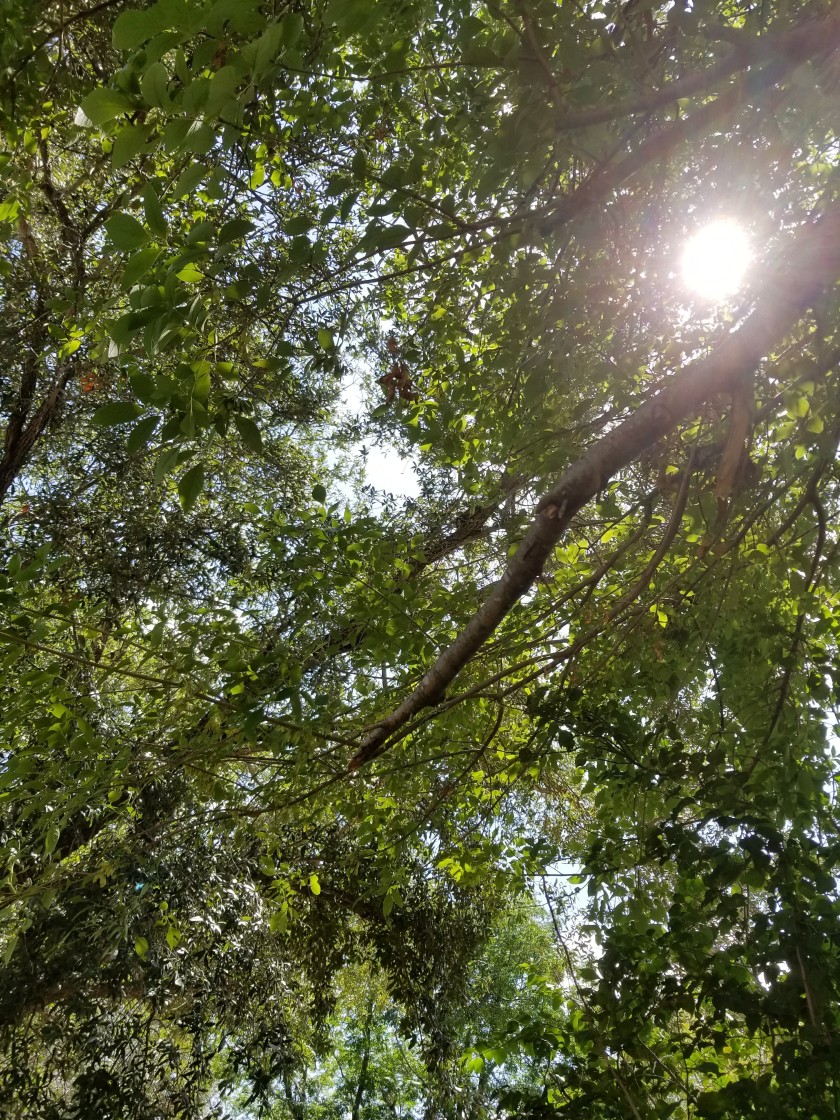 “And the sleepiness kicks back in, this time more from sadness, the lethargy from my exhaustion from work is there, too. This very paragraph is where I’ve started writing, because I wanted to try and accurately describe how it feels, what I’m going through right now.

I simultaneously want to cry and fall asleep.

My eyes are closing while tears collect around the corners of my eyes.

And the feeling of falling away into the deep blue state of oblivion comes back strong.

I have to put my phone down now eyes can’t stay open.”

I wrote this yesterday, when I was grieving after receiving the news that another dear, sweet, older coworker had passed away from a heart attack.

About two weeks ago this evening I attended the memorial service that was held for a coworker, s kind, sweet, positive older woman, who finally succumbed to her six-year battle with cancer, leaving her husband – another coworker at our elementary school – and three children here on this plane of existence.

It was hard going to the service.

You see, lately I’ve been having a problem with funerals or memorial services for the deceased since my father lost his battle to liver and gall-bladder cancer.

I’m getting drowsy again. I wonder, is this my depression, wanting me to shut down and go to sleep because it’s too much to process – especially when my body is already recovering from the physical exhaustion of working too many hours at my campus? Is it just the physical exhaustion? Or is it a combination of both?

Depression is funny that way. Even medicated, it’s hard to tell where the depression ends and you begin. 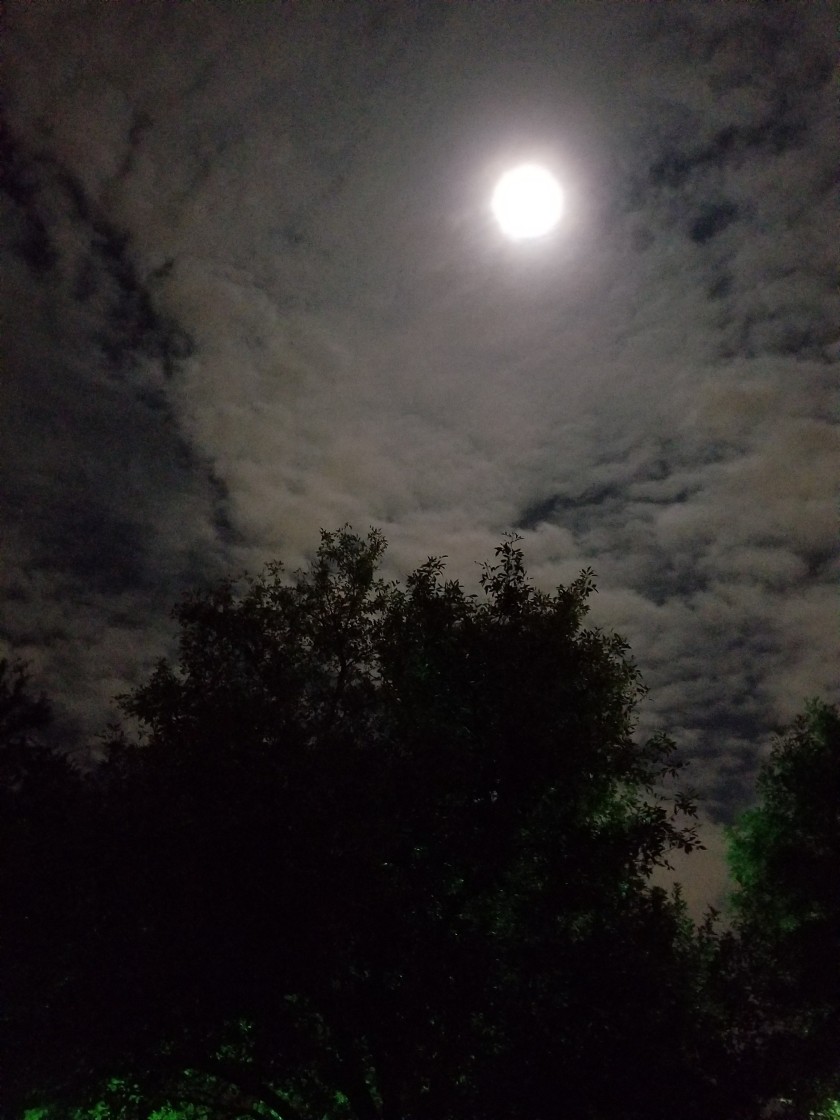 My mom woke me.

I think ten-fifteen minutes have passed.

Right now I’m in the study/Music room in The Last Homely House, listening to a mix of modern throwback Christmas music by Pearl Jam, Sufjan Stevens, Dave Matthews and other Alternative, Indie, and singer-songwriter, along with some Beth Orton.

The study is filled with the clean gleam of gentle, natural sunlight, a sharp contrast to the midnight blue dark of my bedroom yesterday.

The grief has left for the most part, the lethargy has departed as well. Now it’s mostly a cozy church mouse sleepiness I’ve been feeling.

So, slowly but surely, my forced bed rest is helping my energy to come back.

I live my life by the schedule of my sleep now.

Ever since I was diagnosed with Major Depressive Disorder, and I discovered that lack of sleep really does cause a lot of damage for anyone with a mental illness – especially an untreated mental illness – I get as much sleep as I possibly can. And somehow, I knew this. As I grew older, it became harder and harder for me to be fully functional on five hours or less of sleep. My ex-girlfriend saw this firsthand. I became very emotional, very negative. I would joke that being in that state would make me suicidal – but that wasn’t far from the truth. I just wanted to drop everything and go to bed. I was a person who needed eight hours – seven minimum.

Now I’m a teacher. I have to be on campus by 7:30. My daily commute is thirty minutes. But I like getting to work early, even knocking out a kettlebell workout real quick. And I also like to make time to eat a good sit down breakfast, and watch a little CNN. So in order to do all that, I need to be up by 4. I try to be in bed by eight pm.

Regular weekend nights out no longer exist for me, even just staying up late reading, or watching TV – those are pleasures I can simply no longer indulge in.

But sleep, glorious, languid descents into the deepest, darkest caverns of Oblivion – a darkness so complete, I rarely remember my dreams – that is a pleasure I now long for daily.

But the sedentary, junk-food-eating, unfocused night-owl is dead.

Because all that I did and was doing to myself was making me miserable physically and mentally. I was like a smoker with lung cancer, a diabetic who kept eating sugary sweets. I was doing everything that would exacerbate my depression and ADHD.

So that part of me – which seemed like such an integral part of me, like it was tied to my identity – had to die.

I had to do two things which terrified the fuck out of me:

And it requires rest and recovery. That’s what I’m doing – that’s what I’ve been doing ever since my father and my old life died. That’s why I barely go out. That’s why I sleep. That’s why I spoil myself. A part of me knows another change, another phase of my life is about to begin, and this one involves me finally doing continuous exercise and ends with me quitting the regular drinking, until I don’t drink at all. So instinctively my body is resting. I’m like a field in the winter, laying fallow.

We have to change, we have to die, we have to let go of all the things we make ourselves feel we need that help define our identity but are toxic to us.

We die either way at the end.

The question is how do you want to go?

As your true, whole, happy self?

Or as a sickly, angry, used shadow of yourself?

These recent deaths are terrible. They are terrible in different ways. One family saw it coming, so there was time to prepare despite hope, but a sixty-year-year-old man has lost his life partner for good, and he will have to raise his teenage girls and older son on his own. The other family lost their matriarch suddenly, quickly – and cruelly – right before Christmas. Things will never be the same.

They won’t. And it’s terrible. But there is always hope that families can get past that void.

Five years ago, my mother, myself, and my siblings could not imagine a world without our father. But living here, in the same house – even after I practically moved in with my ex-girlfriend, I knew something was going to happen. I knew something was wrong. So I set my mind to abandoning the life I had built with my ex, moving back in with my parents, and waiting for the time when he would get so sick, he’d need constant tending to. I set my mind so hard to it, I became fatalistic – And that triggered the worst depressive episode I’d gone through.

Bad judgement, lack of communication, lack of compromise – that’s what killed my relationship. Then her discovering an emotional relationship I had begun with a very unprofessional ex-assistant principal is what cut us off for good.

Our relationship died. Who we were died, but it took me killing it to see that I had mental health issues that needed diagnosing and treating.

My life has been a constant shedding of skins that I never expected to shed and that I truly thought were me.

My mother, my whole family has. We’ve had to adjust to the changes. And we move on, our lives now tinged with the memory of my father’s death.

The only thing that can be permanent is your understanding and acceptance of that one truth: nothing is permanent.

The material and immaterial things that you think define you – they can, and probably will, change in an instant. We just don’t know when.

Life is a work in progress that you truly never get to complete.

To some reading this, the news might terrify the hell out of you, but that’s not my intention. That’s not my takeaway.

The takeaway is: know this, so you can live the life you want, your way, for yourself, without having to answer to anyone.

And it’s yours, to do with what you will.

And for those who may be depressed during this season, please understand, it’s all about perspective.

This day is not supposed to be about gifts, how many and how much.

This is day is not supposed to be about family – even when it’s good – because most of us know that’s a lie, that family are the first, and sadly sometimes, the only ones who truly hurt, abandon, and betray us.

Today, well, this evening, marks the occasion where a working-class man decided to have the back of a Woman he loved who had a child who was not his own. This couple was on the run and the only shelter they could find for themselves and this child was a poorly manger, a shelter for animals. Shepards, some Wise Men, an angel. A strange collection all, strangers all, who were all probably laughed at, but who stopped, and made their way to see a child, to see life, despite it’s cruel miseries.

The story of this occasion does not exemplify an ideal of being satisfied living in a world of material excess. Far from it – the materially rich in this story were represented by an insecure, jealous king who decided to murder all the male babies he could find in fear of the rise of this one particular child.

So, yeah, there’s death, there’s change, but there’s also rest, and recovery. The tree drops it leaves and grays, then splays out in a thousand shades of undulating emerald a season later.

It’s about rest and seasons and time, and simply being.

Amidst all the sexy, shiny, glossy screens telling you, showing you:

YOU MUST HAVE THIS.

You have fulfilled their purpose in this manufactured illusion of “gotta have gotta buy!” and perverted inversion of an ancient tale that taught an important lesson and you have forgotten THE most important thing:

YOU are the gift.

Wordsmith, Poet, Drummer, Foodie. Fantasy geek. Movie lover. Theater fan. Lover of good drink, great conversation and women who enjoy both. Striving for balance and clarity and humor as I manage my 5th grade students, my ADHD, my Major Depression, and my recently-widowed mother. View all posts by marcwritesmoorewords

This is a text widget. The Text Widget allows you to add text or HTML to your sidebar. You can use a text widget to display text, links, images, HTML, or a combination of these. Edit them in the Widget section of the Customizer.